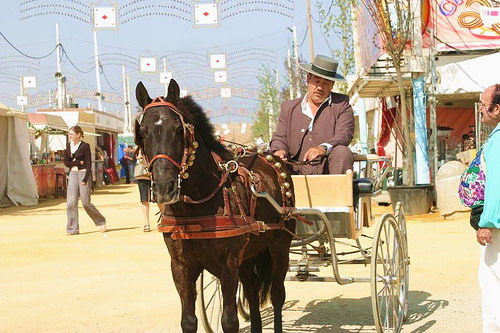 Huelva, in southwest Spain, is famous for its association with Christopher Columbus, who lived here for a while before setting off on his voyage to what is now America. Not as visited as many other of Spain’s cities, Huelva is a lovely place to stay if you want to get away from the tourist track yet still wish to see interesting attractions, as well as learn about traditional Spanish life.

For a small town, (it has less than 150,000 residents), Huelva still offers Roman ruins, several small but excellent museums, some of Spain’s famous Christopher Columbus sites and more. Here are the top five best things to see and do in Huelva.

Donana National Park – One of the most beautiful nature reserves in Spain, the Donana National Park was designated a UNESCO World Heritage Site in 1994. The park is a wetland, with a huge biodiversity of plant and animal life – expect to see Spanish red deer, wild boar, the Spanish lynx, Purple Heron, and even rare species like the Spanish Imperial Eagle, just to name a few. It’s also one of the winter habits of hundreds of thousands of herons.

This is the place, right in the center of the park, where a group of American archaeologists early in 2011 said they have discovered the site of Atlantis. Since then, visits to the Donana National Park have grown even more, so don’t expect to be completely alone out here.

Pack a lunch and make a day of it. The Donana National Park is a beautiful place to see.

Santuario de Nuestra Senora de Cinta – A Gothic church built in the 15th century, the Santuario de Nuestra Senora de Cinta is situated on a hilltop in the middle of town. Just a small church, it’s still interesting to see as this is the holy place where conquistadors, returning from voyages to the New World, would come to give thanks to the Virgin Mary, the woman who blessed them before they left.

Nowadays, Palos de la Frontera is still home to the house where the Pinzn Brothers lived – now restored, but still with the original family crest outside. You’ll also see the fountain where Columbus filled containers with water for his caravels (ships) for the journey to America. And don’t miss La Rbida, an incredibly beautiful monastery, complete with ornate murals, where Christopher Columbus stayed.

Museum of Huelva – Don’t miss the Museum of Huelva. Just a small town museum, it still houses some interesting archaeological finds from Roman times, a Roman water wheel from the famous Rio Tinto mines, and several contemporary art exhibits featuring Spanish artists from the Huelva area and beyond.

The museum is open Tuesday through Sunday, but closed on Mondays. You’ll find it in the center of town at Alameda Sundheim, 13, Huelva. There is a small admission fee.

Shopping in Huelva – Whilst visiting Huelva, you must stock up on some of the cities famous food. The quality is superb and prices inexpensive, compared to specialty food in many other areas of Europe.

The most famous food produced in Huelva is Jamn de Jabugo, a particular kind of cured ham famous around the region. Also look for strawberries (a huge percentage of Spanish strawberries come from the Huelva area), marzipan, almonds, olives, olive oil, wines and cheeses, as well as some pretty decent chocolate. Look for specialty stores selling these food products, as well as at local supermarkets (which tend to be a little cheaper).