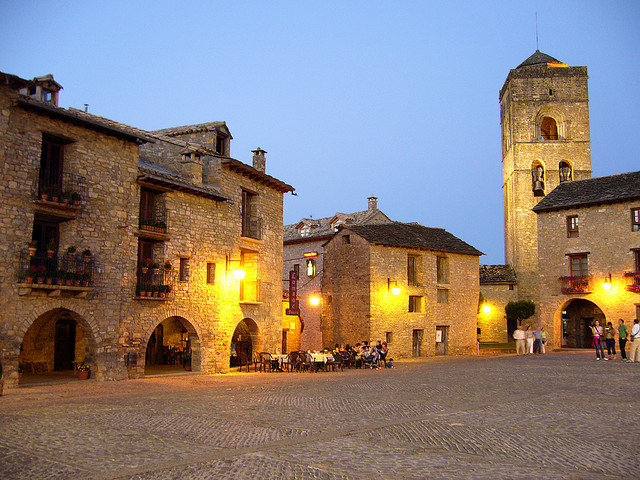 Huesca City, in northeastern Spain, has been around since the 1st century BC. Founded by the Romans, even 2,000 years later, it still has less than 50,000 inhabitants. But, Huesca is popular with tourists due to its proximity to a large national park ‘El Parque Natural de Ordesa’, ancient monuments, and Roman and Moorish remains.

On a trip to Huesca, for a smallish town, you’ll actually find its full of fun, must see things to see and do.  But, do start out with these top five places first — as they lay good groundwork for the rest of the city.

The Provincial Archeological Museum – Like many places around this region, Huesca has a top-rate archaeological museum. Set up mainly to showcase the area’s many Roman and Moorish relics, discovered in various digs around the region, the museum also has a wonderful art collection.

Huesca Cathedral – This more than 800-year-old cathedral is the pride and joy of Huesca, with tens of thousands of pilgrims arriving in the city every year just to see it. Famous for its Gothic and Moorish-mixed style, Huesca Cathedral’s gorgeous alabaster altar, created by Damià Forment, is a must see.

Abbey of San Pedro el Viejo – Also known as the Monastery of Saint Peter the Old, the abbey is one of Huesca’s most prized buildings and, since 1886, a national monument.

There’s a church and a cloister and also the tombs of two of Spain’s old kings – Alfonso I, known as The Battler, and his brother, Ramiro II. Alfonso I was the conquerer of Zaragoza, as well as several other present day Spanish cities. He died after a long and ultimately lost battle with the Muslims in 1134.

Town Hall (ayuntamiento) – Twice every day, the Huesca tourist office takes small groups of visitors to the Town Hall. Here you’ll see not only the superb Renaissance architecture, but also the famous painting of a notorious event in Huesca – the 12th century beheading of the nobles by the aforementioned Ramiro II.

Huesca/Aragon Cuisine – Don’t leave town before eating at several of Huesca’s restaurants. The cuisine from the Aragon/Huesca area is simple but includes many offerings from the region’s enormous fruit and vegetable harvests.

You will find both traditional and contemporary cuisine restaurants in Huesca, or ones serving a nice mix of both.

If you really want to see how beautiful and unique Huesca is though, watch this video – filmed by a recent visitor to Huesca, it has a wonderful soundtrack too.

A few days in Huesca, Spain from Renato Gaiarsa on Vimeo.