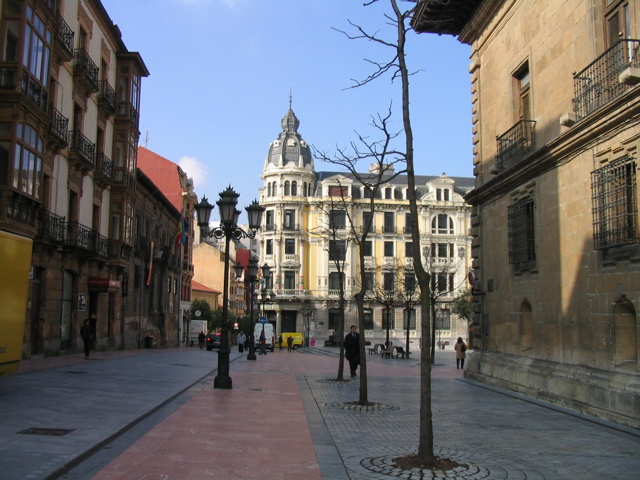 Oviedo in Spain has been around since the 8th century. A small town for hundreds of years, by the time the 18th century rolled around, Oviedo was the capital city of the Region of Asturias. Nowadays, its known for its superb university, its incredible food and beautiful architecture. No wonder it’s now a popular tourist mecca. Then Woody Allen filmed much of his movie, Vicky Cristina Barcelona, in Oviedo and tourist numbers have been climbing ever since.

On a trip to Oviedo, with so many incredible things to see, there are five that every visitor to the city shouldn’t miss.

San Salvador Cathedral – The San Salvador Cathedral was built in 1288, so is one of the older religious buildings in Spain. Loved for both its Gothic and Baroque architecture, it also possesses many fascinating features – an old tower, a pilgrims’ cemetery and two small museums. The cathedral also includes the Saint Chamber (Cámara Santa de Oviedo) a Catholic pre-Romanesque church which is now a UNESCO World Heritage Site.

Archaeological Museum of Asturias – Located in a stunning 16th century monastery, the Archaeological Museum of Asturias is a must see. Its exhibits include everything from Bronze Age and Iron Age artifacts to Roman relics found in the area, Heraldry, Armor and Ethnography exhibits and a whole lot more. If you’re fascinated with archaeology and history, you could spend the whole day here.

Los Pilares Aquaduct – Not an old Roman aquaduct, but built in the 16th century, the Los Pilares Aquaduct was used until 1875 and some of it still stands today. Originally it contained 41 arches of which only 5 now remain, but it’s still a wonderful example of Age of Discovery architecture of the area.

Attend One of Oviedo’s Annual Sporting Events – The city hosts many national and international sporting events, including the City of Oviedo Mountain Bike Open, the International Ice Hockey Tournament, the National Auto-Cross Championship, the International Chess Open and the San Mateo Bowls Tournament. Attend one if you can. You’ll find out a lot of traditional Spanish hospitality and, besides, many of the events are incredibly fun.

Cabalgata de los Reyes Magos de Oriente – If you’re in Oviedo in December, you must not miss the traditional Twelfth Night Parade. You’ll get to see the Three Wise Men taking their offerings to the Baby Jesus, as well as a beautiful parade and one heckuva party afterwards.