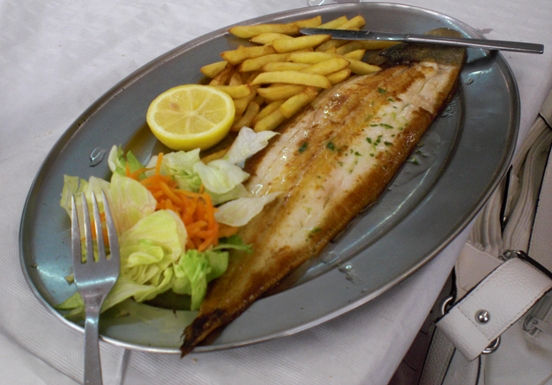 On any trip to a new place, one of the things you may worry about is the food. If you’re planning a trip to the Andalucia region of Spain, for instance, you may be wondering what the food is like in Andalucia, and will you actually like it?

Honestly, unless you are the pickiest person on the planet, yes, you will.

Andalucia is one of the largest areas of Spain, which is one reason why you will see so much variety in the food. Typical food in Andalucia, of course, includes tapas, as this is the region of Spain where tapas were invented.

Some of the tapas in the Andalucia area include Serrano ham, stuffed olives, Manchego cheese, Spanish tortilla, Alahama, a delicious goat cheese, and meat balls.

Other food popular in Andalucia includes fried fish, which you will find deliciously fresh and served just about everywhere, calamari (battered squid), fish stew, clams served in Spanish sherry, Parillada (a grilled seafood mix served with parsley and lemon) and even tiny anchovies dipped in batter and fried into the shape of a Spanish fan.

The Andalucians certainly love their seafood and, as most of it is caught close by, it’s inexpensive as well as always fresh.

Meat stews are also served often in Andalucia as is gazpacho, the world famous cold tomato-based soup, which originated here.

What you’ll mainly notice about the food in Andalucia though, is how wonderfully fresh it is and just how loaded with fish, seafood, fruits and vegetables the typical Andalucian diet is.

When you take into consideration how much healthy food they eat, it is really no wonder the Spanish are the world’s second-longest living people.