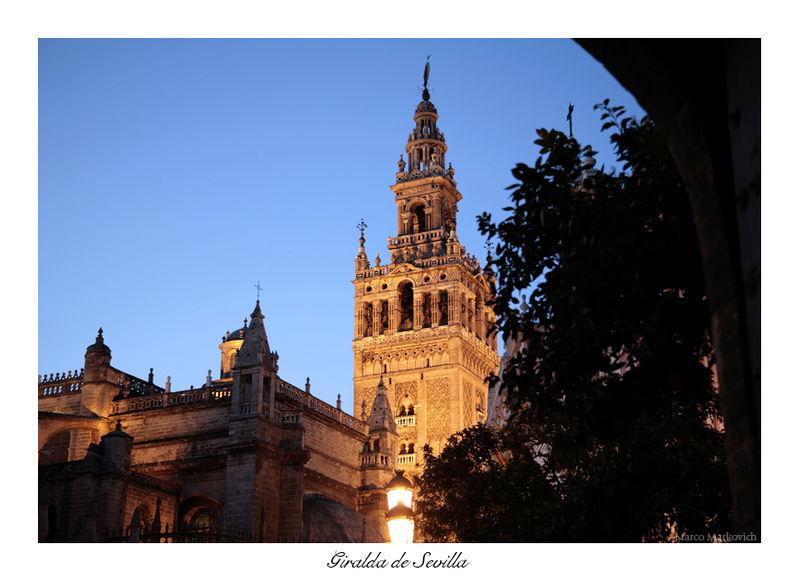 Less than an hour’s flying time from Madrid, Seville (otherwise known as Sevilla) the capital of Andalucia is a wonderful city. It’s large enough that there’s plenty to do, but small enough that you can walk to most places. Located on the River Guadalquivir, it’s an ancient city with history as far back as the Romans and 500 years of dominance by the Moors. In the early 1500s, Seville began a trade monopoly with the Americas and eventually became the richest city in Spain. Today, it’s a modern thriving city with a rich history to be explored. There’s much to see for everyone, but these are the ‘don’t miss’ places.

Reales Alcazares (The Alcazar) is a lavish14th century Moorish fort with beautiful gardens, incredible tilework and gorgeously ornate rooms. The Alcazar is one of the most amazing buildings in all of Spain and is one of the finest examples of mudejar architecture. There’s a chapel where Christopher Columbus met with King Ferdinand and Queen Isabella after one of his voyages to the New World. Don’t miss the gardens as they are huge, and have been added onto over the years so they are in several different styles, but all are beautiful. The gardens also have a maze, which is great fun for the kids. It’s open Tuesday thru Saturday from 9:30am to 5pm and Sunday, 9:30 am to 1:30pm. 954 502323

Barrio de Santa Cruz is the old Jewish ghetto and is popular with tourists. It’s packed with bars and restaurants, and its winding streets and gorgeous patios are fabulous for photo taking. There are many shops where you can buy typical tourist items, but there are also fascinating craft stores with Spanish pottery, glass, tapestry and much more. Don’t miss the Mateas Gago where you will find tons of tapas bars (tapas are Spanish bar snacks). Grab lunch here. There’s nothing better than a cold beer and a few plates of olives, fish, spaghetti and bread dipped in olive oil and balsamic vinegar.

La Giralda is the world-famous landmark of Seville. It’s the minaret of an old mosque that was once built to be the most beautiful building on the face of the earth. The tower is high, but you can take a leisurely climb to the top up 35 gently sloping ramps. At the top, you will have an astounding view out over the city.

Isla de la Cartuja is a science and leisure park that was the site of the 1992 World Expo. The Seafaring Museum is here as well as the popular Isla Magica theme park. Isla Magica is based on 16th century Spain and has seven different sections, all exploring different episodes in Spanish history. The El Jaguar Roller Coaster is phenomenal and the shows at the Pirates Cove are fabulous for kids. There is also the old monastery at Isla de la Cartuja, which has now been converted into a modern art center. This is where Christopher Columbus stayed when he was in Seville and where you can see his personal archive. Site Expo – 902 161716.

Plaza de Toros de la Maestranza de Caballeria. Considered one of the best bullrings in Spain, Seville’s Plaza de Toros de la Maestranza is an enormous whitewashed building that is also the site of the Bullfighting Museum. You can see posters of famous bullfights, paintings of bullfighters, and even bulls heads. Orson Wells came to this bullfighting ring to learn how to bullfight back in the 1960s. You can also see a professional bullfight here, if you have the stomach for it, as they are held several times a week Paseo de Colón, 12 – 954 224577

Also don’t miss the Archaeological Museum, the Hospital de la Caridad (whose original founder is said to be Don Juan) and the Casa de Pilatos, the copy of Pontius Pilates house in Jerusalem. And don’t forget, at night, Seville has a great clubbing scene, fabulous bars and amazing restaurants. Not only is Seville one of the most beautiful cities in Spain, it’s also one of the most interesting.