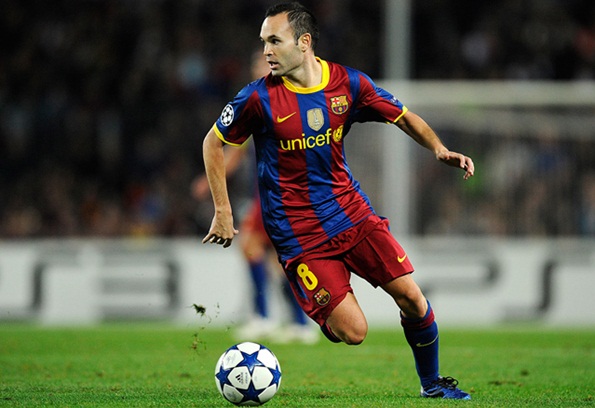 Now Jose Mourinho is finally gone from the Real Madrid team, the players themselves are getting their own back after what some of them felt was very poor treatment from Mourinho last year. One such player is Andres Inesta, who told El Pais “Mourinho damaged Spanish football”. In fact, the Barcelona midfielder was so upset with the former coach, he even went as far as to say he thought he did Real Madrid more harm than good.

Ever with the massive ego, though, Mourinho responded to Inesta’s comments by saying, “I damaged Spanish football by breaking Barcelona’s dominance.”. Well, at least that’s what he believes is true. Others might say, “If so, where were last season’s major titles? Eh? Eh?”

What some Real Madrid fans may also say is that Mourinho seemed to have little control over the players on the team, treated some players abysmally when there was really no cause and, when he started leaving vital players off the team for what some felt was ‘spite’, yes, he did more harm than good.

But, Jose Mourinho is now back at Chelsea and, as it took the disgusting treatment and then the firing of Rafa Benitez by Chelsea to get him there, all I can say is Jose Mourinho and Chelsea are made for each other. Let’s hope they both get the season they deserve.

Meanwhile, for more on Jose Mourinho at Chelsea, you can read all about his latest comments from today’s press conference at The Guardian. But, be warned, it’s more of the usual ‘blah, blah, blah’.