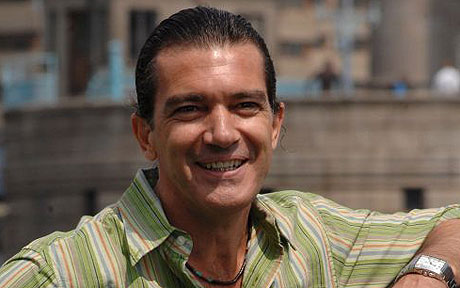 Continuing on with his strong support of everything Málaga, Antonio Banderas was in Málaga this weekend with his wife, Melanie Griffiths, to give the Pregón speech for Semana Santa (Holy Week) in the city. An officer (mayordomo de trono) of one of the city’s brotherhood groups, Banderas talked about the brotherhoods and how they bring people together.

Next week, Antonio Banderas will help carry the Santisimo Cristo de la Sangre in the annual Easter procession through the streets of Málaga.

Banderas is a strong supporter of everything Málaga and the area of Andalucia. He owns part of a winery in Burgos, Spain and he and his wife and daughter spend more and more time in Spain every year.