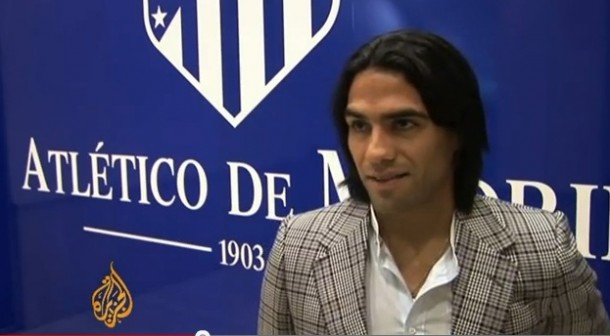 Atletico Madrid play Chelsea on Friday night in the European Super Cup. Although Chelsea have started their season off with a bang by winning their first three games in the Premiere League, Atletico Madrid is undeterred as this video from Aljazeera proves.

In fact, Radamel Falcao, Atletico’s striker is so excited he even spoke English in an interview with Aljazeera this week. Something he never normally does.

Not surprising really, though. Atletico Madrid has already won two Europa League titles in just the last three seasons, so they’ve got a damned good chance against Chelsea.

Should be interesting too as Fernando Torres, also known as El Niño, will be facing his old club at the game. Wonder which one will come out the winner? My money is on Atletico.