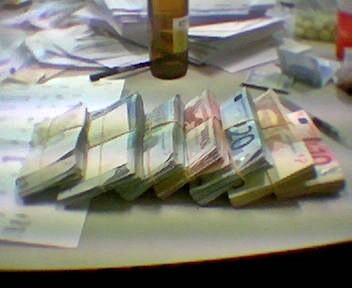 Well, it is official.

According to the Bank of Spain, the Mariano-Rajoy headed government has caused the recession to get worse. The Spanish bank came out on Wednesday saying, due to the current government trying to lessen the public deficit by implementing severe austerity measures, all they’ve done is push the economy deeper into recession. You feel like saying “No shit, Sherlock”. You really do.

The current worsening recession in Spain, its second in just a couple of years, can also be blamed on the Mariano Rajoy government eliminating Christmas bonuses for the hundreds of thousands of civil servants across Spain that used to get them.

After all that meant less money to spend in December on Christmas gifts and other celebratory items, and another contraction in the Spanish economy.

This was made even worse by an increase in the VAT rate in September, causing most items bought in Spain to be more expensive than previously. Spending fell again. Of course.

You can read more about this story, along with the IMF declaration that the economy in Spain is expected to get even worse in 2013 at the El Pais website.

Would love to say “we told you so” when it comes to Rajoy’s insistence that austerity will boost the Spanish economy, because it won’t, but it is all just too too sad.