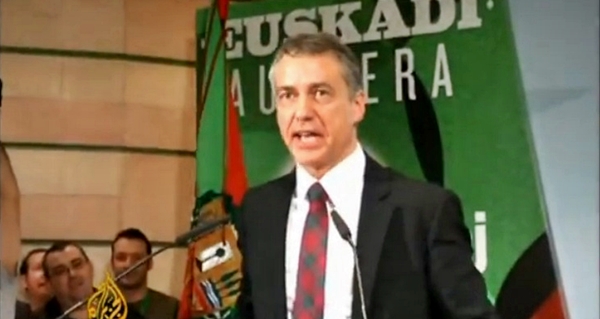 Basque Nationalists Win Sundays Election — After yesterday’s elections in Spain’s Basque country, Spanish Prime Minister Mariano Rajoy probably isn’t very happy. His conservative Popular Party lost the Basque elections and, once more, the Nationalists are back in power. They didn’t, however, get an outright majority so there will be some wheeling and dealing going on before they can actually put a government together.

Still, they must be happy, especially as it is definitely a vindication of their policies in the region against those of unpopular Spanish prime minister Rajoy.

All told, the Basque Nationalists won 27 seats, allowing them to create a government through alliances with other parties. They are likely to ally heavily with nationalist group Bildu, who themselves won 21 seats.

Meanwhile, it is expected that Mariano Rajoy will be asking for a massive bailout in the next few weeks, with several analysts saying he should do it now. Why?

Because the next major early election is in Catalonia, and that’s the election where the Catalans are voting to decide to seek independence or not.

If the nationalists win in that election too, it will look very bad for Rajoy and will affect his ability to get a good bailout offer, so an early bailout request by the Spanish prime minister is very likely.