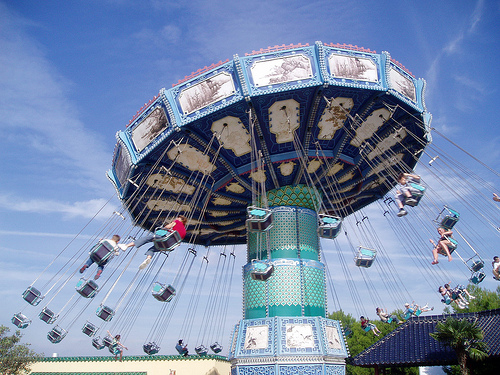 As it now looks like EuroVegas is going to be built in Madrid and not Barcelona, the The President of Cataluña, Artur Mas, doesn’t seem too worried. In fact, he’s just announced the theme park project in Barcelona will go ahead as planned, but instead of EuroVegas it will consist of six new theme parks to be built near PortAventura. They will fall under the name of ‘Barcelona World’.

With the studies that have been done so far, Mas says they could easily expect 10 million visitors a year and, once the project is completed, the theme parks will add 20,000 more jobs to the city.

After all, tacky American theme park where a lot of the money will go to an American developer, or Barcelona World with Spanish investors and a Spanish theme? Not really much of a choice there now, is there?

The project will mainly be funded by Veremonte and Spanish bank La Caixa. All I can say is they’ll get my money when Barcelona World opens. Good on ya, guys! It’s just what Barcelona needs.