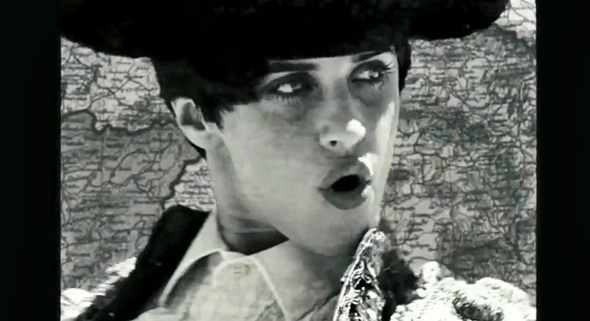 Have you seen the new Spanish movie Blancanieves (Snow White) by director Pablo Berger yet? If not, you really must see it, it’s beautiful.

Blancanieves, just in case you don’t know, is a silent movie that was written to celebrate the classic Spanish movies of the 1920s. In it, Blancanieves or Snow White is a female bullfighter, real name Carmencita, who is born on the day her father, a famous Spanish bullfighter himself, is gored by a bull and crippled for life.

Carmencita’s mother then dies in childbirth and she is brought up first by her grandmother and then later, when her father remarries, by a stepmother who relegates her to the cellar and treats her like a servant.

Thus this is the updated Spanish version of the Brothers Grimm’ Snow White, and it is marvelous.

Filmed in black and white with nothing but expressive performances by the actors, a wonderful soundtrack and, of course, a few dialogue cards here and there, Blancanieves is Spain’s official entry for the Best Foreign Language Film at next year’s Academy Awards.

It has already won the Special Jury Prize at the San Sebastian International Film Festival, with movie fans mentioning over and over again how visually stunning Blancanieves is and what a wonderful job the actors and director do in re-imagining this classic fairy tale.

Throw in a few scenes that look like they came straight from Luis Buñuel, and Blancanieves becomes the best Spanish movie of 2012. Easily.

Watch the video trailer for Blancanieves below if you don’t believe me.