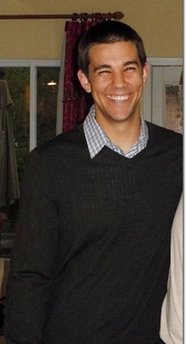 The body of 22-year old American student, Austin Bice, was pulled from a Madrid river on Wednesday and is now being autopsied. Bice wandered off from a nightclub 10 days ago, after a night out with friends, and was not seen again.  The river was drained during the search for Austin Bice and Bice’s body was discovered. Bice’s father, Larry Bice, says he “still hasn’t ruled out foul play”, although to most it seems likely his son fell in the river while under the influence of alcohol. The Spanish examiner’s office says it will be several weeks before toxicology reports come back, so they can ascertain if anything other than alcohol was present in Austin’s body.

Austin Bice was a student at Carlos III University in Madrid, studying international business. Initial reports said Bice had been denied access to a nightclub the night he disappeared, as he was drunk, but family and friends deny this. His blog however has a couple of posts where he mentions how much he drinks in an evening (beer bongs, free drinks at clubs) – it’s not a small amount, although fairly typical of students.  In fact, if something good comes out of this tragedy, it hopefully will be that other students realize even small amounts of alcohol while in an unfamiliar city can have dire consequences.

Meanwhile, Austin Bice’s family are waiting for the results of the autopsy. A sad end to a young man’s promising life.