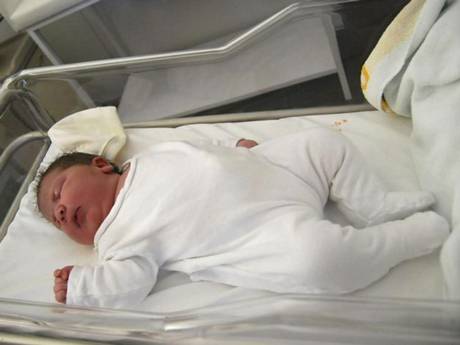 A British mother has given birth to Spain’s biggest ever baby by natural birth. The woman, Maxime Marin is age 40 and this is her fourth child. The baby, a little girl called Maria Lorena Marin, was delivered in Denia, Spain on Wednesday morning and weighed 13 lbs 7oz or 6.2 kg. Yes, that’s quite a big baby.

Marin says she knew she was probably going to have a large baby as all three of her other children had been 9lbs 14oz or more. But she hadn’t expected her little girl to be quite this big.

As for the doctor at Marina Salud hospital, he didn’t seem to be able to quite believe how large a child it was and how easy a natural birth the Mrs. Marin had had, as she delivered the child in just five hours. Complete without even an epidural painkiller, I might add.

In fact, Dr Javier Rius said he had been in practice for more than 40 years and had never seen a baby this large.

Meanwhile, the hospital says baby Maria is in perfect health, and both mother and father are doing well. Congratulations to both of them.