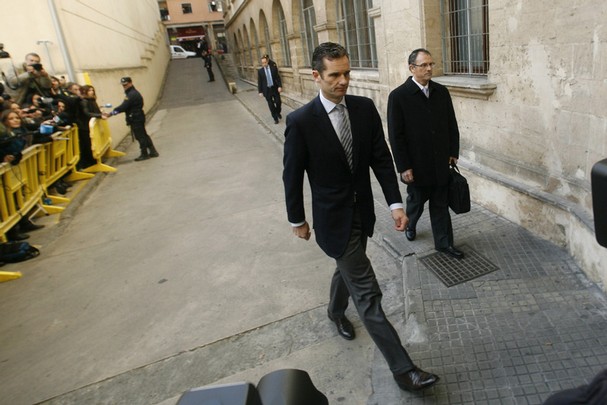 During the second day of questioning in the Duke of Palma’s corruption court case, the Duke told the judge his partner was to blame for the embezzlement of funds, not him, and that his father-in-law, the King of Spain  was the person who had asked him to stop his business activities in 2006. The palace, at the time, had said the Duke’s activities were not enough for the money he was being paid for the job and had told him to cease his involvement with the charity, Nóos Institute.

There is speculation the King knew how bad it looked for the entire royal family and didn’t trust his son-in-law either. Now, the Duke is suspected of embezzling money that was paid to Nóos Institute and funneling some of the money into off-shore accounts, although he denies all charges.

The Duke, Iñaki Urdangarin, told the judge he had no idea about the money being taken at the time it was taken and that he now believed his partner, Diego Torres, was the one who was responsible. He also said he had never controlled any of the firm’s accounting or taxes so couldn’t have taken the money.

At the beginning of the court case this morning, the Duke was met with more than 200 protesters who are outraged that, during Spain’s devastating economic problems a member of the Spanish royal family could have possibly acted like this. The backlash against the Duke has been so bad it prompted the King to relieve him of all royal duties at the end of 2012 as well as to release financial records of the entire Spanish royal family for the first time ever.