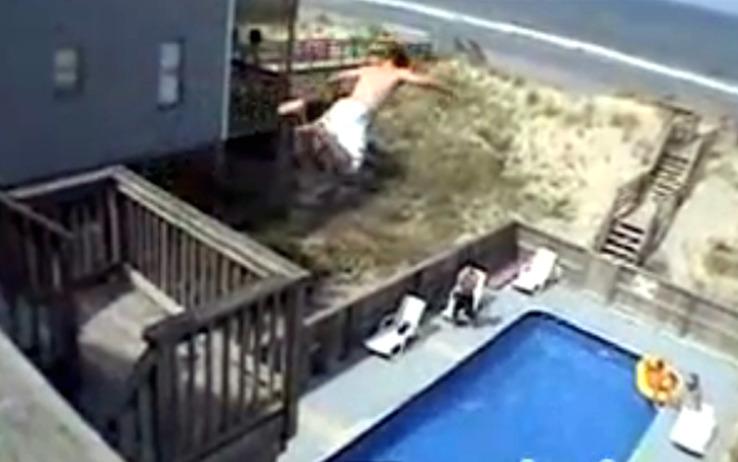 As the balconing craze amongst foreign tourists has resurfaced in Spain, a number of British, Swedish and German have been seriously injured after falls from their balconies recently. One, a Swedish man, plummeted several storeys to the floor of his hotel dining room. The other, a 19-year-old British man, fell seven storeys from his balcony at a Magalluf hotel.

Balconing, if you don’t know, is an activity whereby the participant jumps from their hotel balcony towards the swimming pool, hoping they fall into it and not onto the ground below.

While the Spanish seem to have endless patience mopping up the blood and brains of the morons who engage in balconing, we at Seriously Spain only say, they deserve exactly what they get.

If drinking till you’re officially stupid, then launching yourself off your balcony to the swimming pool below is your idea of fun, then when your head full of about a teaspoon of brains slams into the concrete below – serves you right.

At some point, Spanish police will start handing out serious penalties for those engaging in balconing. Until they do, if you must do it, don’t expect anyone to stop you. The world could use a few less idiots.