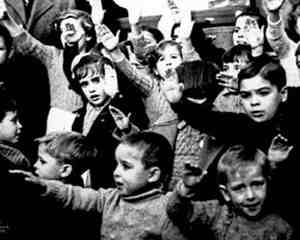 Still in the middle of possibly the  saddest Spanish news story in the last few years, the remains of three babies were exhumed this week from La Línea de la Concepción’s cemetery. It’s all part of an ongoing investigation into the nationwide search for Spain’s ‘stolen babies’.

In the case of the three babies this week, the children’s mothers  believe their babies were illegally given up for adoption to other families and didn’t die soon after they were born as they were told at the time.

Bones were found in the three graves and DNA testing will be begun in an attempt to discover the true parentage of the children. The same court that ordered these three exhumations has also ordered three more. One in Málaga and two in Cádiz.

Also this week, the  National Toxicology and Forensic Sciences Institute said they would perform free DNA testing for anyone who was affected by the illegal adoptions, which may speed up the investigation somewhat.

For more on this, read this heartbreaking Time magazine story.