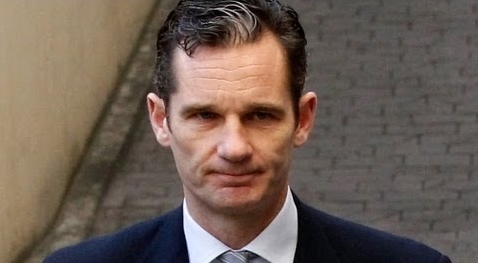 Questions are now being asked about the disgraced Duke of Palma, husband of Infanta Christina, and his ability to get a 5 million euro mortgage on a 36,000 euro annual salary? After all, no average Spaniard would be able to get that kind of a mortgage on such a low salary so how did the Duke of Palma get his?

According to The Guardian, the Duke of Palma applied for the mortgage from Spanish bank La Caixa in 2004 to buy a 5.8 million euro mansion in an extremely exclusive area of Barcelona. This was discovered when documents being used in the fraud case against the Duke of Palma were leaked to the news media, who are now asking why La Caixa would give that high of a mortgage to someone with a supposedly low salary?

What’s even more strange is that the Infanta Christina was working for La Caixa’s charitable foundation that year and included details of a 90,000 euro salary on the mortgage forms. Let’s face it, it’s not a good idea to apply for a mortgage at the place where you work if there’s any indication that the mortgage may not be ‘on the up and up’.

Meanwhile, the Duke of Palma and his ex-business partner are still being investigated for fraud and for misappropriating public funds in what seem to be some decidedly shady business deals. Maybe it was just a case of “We’re already illegally misappropriating money, so what’s a little multi-million euro mortgage here and there?”

It looks particularly bad for the Duke of Palma, however, as so many thousands of Spaniards are now being evicted from their homes as they have lost their jobs and can no longer afford their mortgages.

It’s no wonder King Juan Carlos no longer allows either the Duke of Palma or the Infanta Christina to represent the Spanish royal family at functions. How embarrassing that would be.