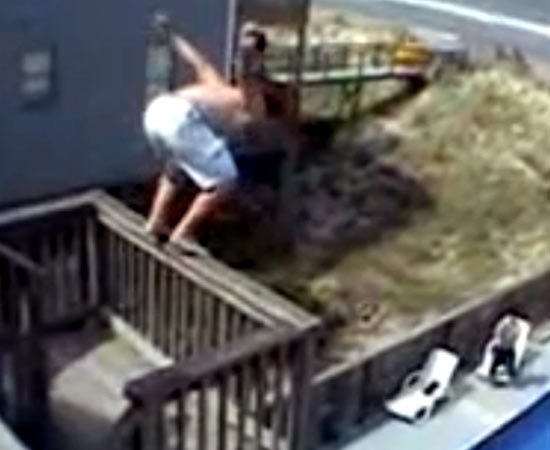 As ‘balconing’, the craze of jumping from one hotel balcony to another, resurrects itself in Spain, more deaths of foreign tourists are being reported. In 2011, so far, three foreigners have been killed while attempt ‘balconing’. At least, 10 others have been seriously injured.

Makes no sense, does it? That you’d go on holiday to Spain and allow yourself to get so drunk flinging yourself off a balcony seems like a good idea.

Spanish authorities, meanwhile, are trying to get the word out that balconing is dangerous but, as they say, they can’t “imprison their customers”, so it’s difficult to stop.

Their next step is to try to get foreign governments to report the dangers of balconing. Honestly, though, to anyone with a brain larger than a flea – aren’t they self-evident?