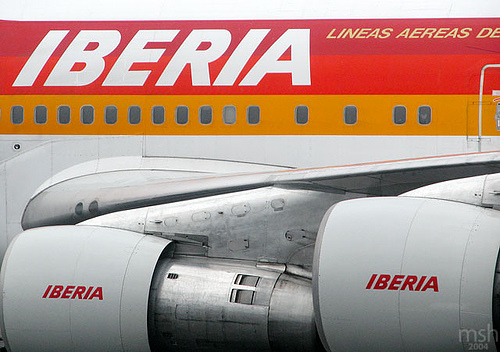 Iberia Airlines ground and cabin crew continue to damage the airlines reputation and put their own jobs in jeopardy by going on yet another 24-hour strike.

Today’s Iberia Airlines strike caused 111 flights to be cancelled on what is now their 9th 24-hour strike in just over two months.

Ground crew unions CTA and CNT and cabin crew union TCP Stavia are striking as they are against the creation of Iberia’s new budget airline, Iberia Express. They believe it will put their jobs in jeopardy (and striking won’t?).

Apparently, causing Iberia Airlines to lose money and passengers during Spain’s worst economic crisis in decades is believed to be the right thing to do by these people.

The mind boggles at the stupidity.

Sixty-five percent of the Iberia Airlines flights were not affected by today’s strike.