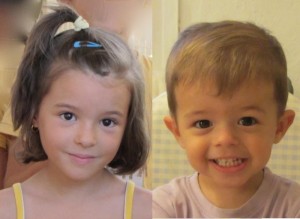 A Spanish jury has found José Bretón guilty of murdering his children after almost a week of deliberations. The jury unanimously found Bretón guilty of using sedatives to put to sleep his six-year-old daughter, Ruth and two-year-old son José. He then murdered them and burnt their bodies on land belonging to his parents.

According to Spanish prosecutors, José Bretón murdered his children in a pre-meditated retaliatory act against his wife, who had recently asked him for a divorce.

He had taken the two children to a park on October 8, 2011 where he played with them for a while. Later, he contacted police saying the children had disappeared. He was arrested 10 days later, however, as much of his story simply did not add up.

After months of searching police finally had bones tested that they had uncovered in remains of an old fire Bretón had started on an isolated estate owned by José Bretón’s parents on the outskirts of Córdoba.

In the ashes, they discovered fragments of bone that were later identified as belonging to young children, and teeth that forensics proved were from children around the ages of six and two.

Prosecutors asking for a 40-year sentence for Bretón

What type of monster does this to his own children and then calmly states for months afterwards that the children “disappeared” and that he had no idea where they were? Particularly when, it turns out, the only reason José Bretón had for planning the pre-meditated murder of his son and daughter was to ‘get back’ at his wife.

While the crime is horrific and has shocked Spain to its core, the only good thing to come out of this is that the prosecution is asking for José Bretón to be given a 40-year-sentence. In all likelihood, that will happen.

That means, if he was to serve all 40 years, José Bretón would not be eligible to be released until he is a very very old man.