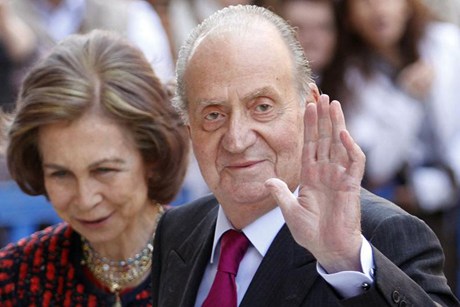 After Spain’s King Juan Carlos was heavily criticized a few months ago for going on an expensive elephant hunting trip to Africa while Spain is going through a severe economic crisis, it looks like the Spanish Royal Family has learned its lesson.

The palace announced this week the Royal Family has decided to take a pay cut of 7 percent to put them in line with Spain’s austerity measures.

That means, King Juan Carlos will ‘only’ receive 272,752 €. Oddly, though, they’ve also decided to cut out the Christmas bonuses that public staff at the palace usually get. After all, if King Juan Carlos and Queen Sofia have to suffer, it looks like everyone else has to as well.

Weirdly too, the cut isn’t as high as it’s being sold to be.

The total pay cut the family will be receiving is around 90,000 euros. But, as the budget had already been increased for 2012, the actual percentage of pay cut the Royal Family is receiving is only 2 percent less than last year. Hardly even worth talking about.

The whole thing to me, too, seems nothing more than a publicity stunt.

After all, a seven percent pay cut will mean very little to the Royal Family who, between them, are pulling in a substantial amount of money.

The typical Spaniard, on the other hand, is having problems keeping a roof over their heads and, in some cases, putting food on the table for their kids. So that King Juan Carlos won’t have enough money to spend on elephant hunting this year probably means very little.

The Spanish Royal Family will, however, find plenty of money for a long family summer holiday on Mallorca. Wonder how many Spaniards will manage that this year?