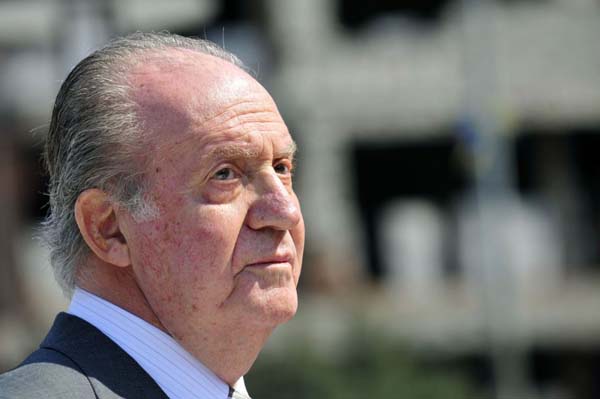 You have to wonder what goes through the mind of someone who is the honorary member of the Spanish branch of the WWF and then goes out and shoots and kills elephants. King Juan Carlos of Spain is such a man. Someone who has been a long-term supporter of the WWF and someone who has also shot and killed elephants on hunting trips in Africa. It really does boggle the mind.

Of course, King Juan Carlos’ latest trip to Africa to kill an elephant, and spend over 30,000 euros to do so, may not have even made the news if he hadn’t fallen and broken his hip.

Now,because of the news of his broken hip and the story of his Botswana trip coming out, much of Spain is angry that not only is Juan Carlos off in Africa murdering elephants, but he’s also spending incredible amounts of money to do so, all while the average Spaniard is struggling to survive.

It shows just how far removed he is from normal life and so used to disregarding what normal Spaniards have to go through.

Calls are now coming in from all over Spain, and all over the world, calling for King Juan Carlos’ resignation from the WWF after his latest elephant killing trip. So many people are angry about it, various petitions have appeared online with one on Actuable already getting more than 73,000 signatures in just a couple of days.

If you feel the same way and think he should resign, please sign the petition below. We already have.