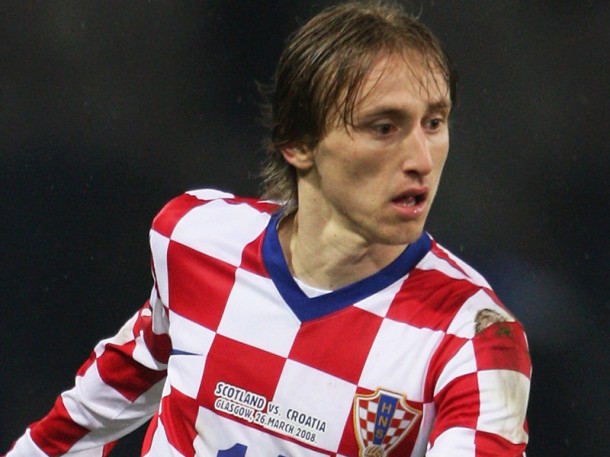 Real Madrid, arguably Spain’s most successful football team ever, is likely to pay £34m for Tottenham Hotspur’s Luka Modric in the next few days, British newspapers are reporting. Interesting news indeed, as Tottenham have always said they wanted at least £40m for Modric, so the final decided-upon price is lower. But not surprising really as, with Luka Modric’s behavior lately, Tottenham will probably be glad to get rid of him.

The saga began last year when Luka Modric decided he wanted to move to Chelsea, so Chelsea bid up to £30m for Modric but were turned down with Tottenham saying they wouldn’t sell his contract “at any price”. That’s when Modric decided to act like the spoilt child he obviously is, and refused to play in Tottenham’s opening game against Manchester United. At the time he was told to “concentrate on his game” and not to think about having his contract sold to another club.

Now Real Madrid want him, but at a reported £6 million less than Tottenham Hotspur has always said was the price tag. With this low ball offer, it looks like Tottenham have finally decided it could be worth a £6 million loss just to get rid of him.

Besides, as Luka Modric has proven over and over again, he has absolutely no loyalty to any club that pays a huge amount of money for the privilege of having him play for them. So, for £34m or not, Real Madrid will need all the luck they can get with this one, as who knows what will set him off causing him to want to return to the UK later down the road? Meanwhile, Tottenham is probably jumping for joy at this point. £34m cash up front plus add-ons and they’ve finally gotten rid of him.

Heck, if it was me, I’d ditch him for nothing more than a few pesetas. Team spirit and team loyalty is more important than money after all, and Luka Modrid has proven over and over again he doesn’t have any. Good riddance Modric and good luck Real Madrid. You’ll need it.