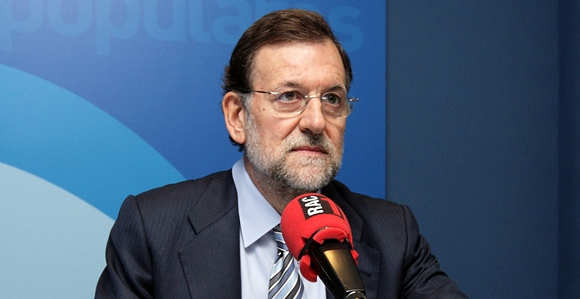 As Prime Minister Mariano Rajoy continues to destroy Spain’s economy day by day with his severe austerity measures that obviously are not working, he had the audacity to say this week that he knows he hasn’t accomplished what he set out to, but that “things will be better in 2013”.

Not the actual reality most of Spain is living through, that’s for sure. Spain has yet to hit the level of Greece when it comes to its economy and massive debt, so it still has a long way to go down. If Rajoy actually thinks things are going to improve with more Spaniards unemployed every month, with an increase this week in VAT making products even more expensive to buy, and with cuts to even the most basic of social services, he’s more stupid than most of us think he is. Well, maybe not as it looks like much of Spain now thinks Rajoy is an idiot.

Leader of the UK’s Independent Pary, Nigel Farage, of course, said it best back in June when he accused Mariano Rajoy of being “just about the most incompetent leader in the whole of Europe”. Things haven’t changed much since then.

After all, let’s face it, when some of us actually agree with Nigel Farage, one of the biggest loud-mouths in Great Britain, Mariano Rajoy really must be an idiot.