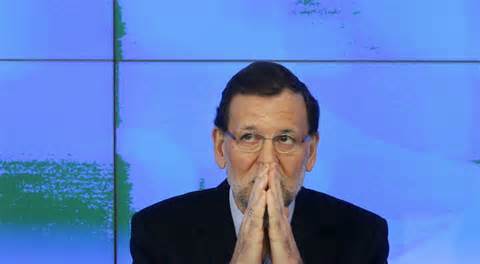 Spanish Prime Minister Mariano Rajoy has finally caved to pressure from the Socialist Party and from protesters involved in demonstrations all over Spain against Rajoy, and has agreed to appear in front of parliament this week to explain “his side” of the Bárcenas scandal. Can’t wait to hear that, eh?

This, of course, is all happening because disgraced former Popular Party (PP) treasurer, Luis Bárcenas, recently stated Mariano Rajoy was one of the PP politicians who had taken kickbacks of large sums of money from him for years — all via an illegal slush fund. Bárcenas even went as far as to say he had proof and he’s testified before a judge to that effect.

Rajoy then complicated the issue even more by sending text messages to Bárcenas telling him he had his support.

In fact, Mariano Rajoy has little choice but to appear in front of parliament this week, after massive demonstrations erupted against him all over Spain over the weekend, and the Socialist Party and their allies said they would call a censure vote against the prime minister if he didn’t.

It will be interesting to hear what Rajoy has to say. As Elena Valenciano, the Socialist secretary general, said yesterday, Rajoy needs to explain his supposed involvement with this illegal slush fund — an involvement with a fund that allegedly illegally distributed money to PP politicians for more than 20 years — or he’s become a prime minister that simply won’t be able to govern.

Unfortunately, most people I speak to in Spain don’t think there’s much chance of Rajoy telling the truth. Whether he’s standing in front of parliament or not.