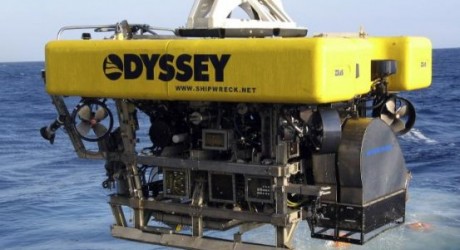 Just when you think Odyssey Marine Exploration can’t get any more shady, they do.

First of all, they helped themselves to over 17 tons of gold and silver coins from the Nuestra Señora de las Mercedes, the Spanish ship that was sunk by the British off the coast of Portugal in 1804.

Then, when a Florida judge finally ruled the treasure belonged to Spain and Odyssey had to return it, now they’re demanding € 300,000 ($414,000) for “storing and guarding” the treasure during all the time they’ve illegally had it.

It seems, according to Odyssey Marine Exploration, it’s fine to steal something and then demand the people who rightfully own it have to pay to get it back. Wait, isn’t that called a ransom?

Meanwhile, the Florida judge is expected to rule on Odyssey’s demands in the next few days, and state exactly what both parties are expected to do, Odyssey Marine Exploration and Spain, in order to get the treasure back where it rightfully belongs.