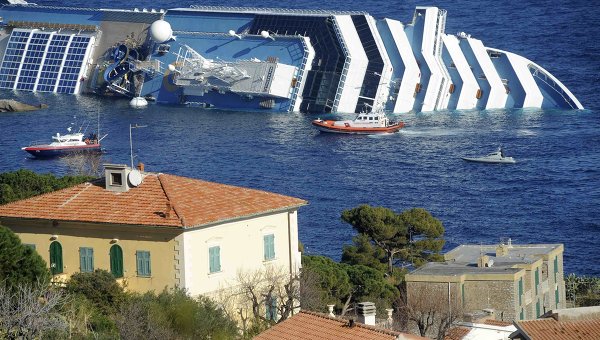 El Pais is reporting one Spaniard is confirmed dead after the  Costa Concordia cruise ship sunk off the coast of Italy on Friday night. 177 Spaniards were on board the doomed ship, but all survived, except for 68-year-old Guillermo Gual, whose body was found by Italian authorities late on Sunday evening.

The captain of the Costa Concordia, Francesco Schettino, has been arrested on suspicion of manslaughter and because he allegedly abandoned the vessel before all the passengers had been taken off the ship.

Schettino continues to insist however that the accident was as a result of a massive power failure on board, just minutes before the ship hit the rock. This phenomenon, known as ‘harmonic interference’ is a power surge that causes a malfunction of the generators, and would have caused  the ships navigation system to fail. A similar incident was reported with the Queen Mary 2 in 2012 just off the coast of Barcelona, but her crew managed to steer the ship back out to sea.

Questions however are being asked as to why it took an hour after the ship had hit the rock before ship’s authorities raised the alarm. At this point, however, it does not look like the cruise line, Costa Cruises, is at fault.

Meanwhile, some of the 176 Spanish tourists have since flown back to Spain. Others are expected to do so today and tomorrow.  The body of Guillermo Gual will be returned to his family in Spain sometime in the next few days.