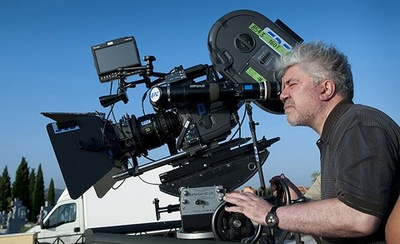 Pedro Almodóvar, Spain’s most famous director, is just wrapping up the filming of his latest movie I’m So Excited, at the abandoned Ciudad Real airport. The movie takes place on a plane heading for Mexico, which partway through the flight has to  have an emergency landing. Ciudad Real was the perfect spot for the filming of that landing and subsequent scenes, as the airport in the movie is a closed airport. Just like Ciudad Real has been, almost from the day it first opened.

As far as the filming of I’m So Excited goes, It’s actually not too surprising Almodóvar used the deserted  Ciudad Real  airport to film part of his latest movie. He was, after all, born in Ciudad Real province, so knows the area well.

In fact, Ciudad Real may find itself as a perfect movie location as more and more movies, TV shows and commercials are being filmed there. Maybe that’s how the city can make money from the now defunct airport? Turn it into a movie production studio. It could be a gold mine.