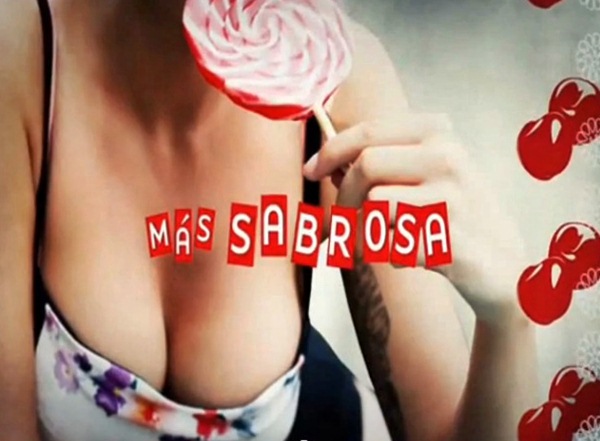 A video for ‘Picota del Jerte’, a particular type of Spanish cherry, has been taken down after a member of the PSOE party accused it of promoting ‘sexism’. The advertising video, which was published on YouTube and then popped up on various websites around Spain was removed after a female member of the PSOE, Secretary for Equality Nelida Martin, said the video promoted women’s bodies ‘as an object of desire’, and she demanded the video be taken down.

Honestly, some women have no sense of humour.

The Picota del Jerte video advertises the Jerte cherries as being ‘sweet and juicy’. Part of the video shows the cherries running down the side of the screen near an older women’s cleavage and then says ‘the more mature ones are the tastiest’.

Other shots talk about the cherries being ‘ripe and juicy’, with suggestive photographs next to them as well. Suggestive, but also actually quite innocent.

Of course, as usual, when some feminist with no sense of humour attempts to ban things like this, the thing she tries to ban just becomes more popular and that has happened with the Picota del Jerte video and the Jerte cherries.

The Spanish cherries video is now appearing on websites outside Spain, and photos of the ‘offending shots’ have appeared in Spanish magazines and newspapers. You can see one of them above this article. Nice, eh?

Oh, and for the record, I’m female and getting towards the mature side and, no, I didn’t find the Picota del Jerte advertisement offensive at all. Only cute and funny.

Meanwhile, you can watch the Picota del Jerte video below. Have fun.