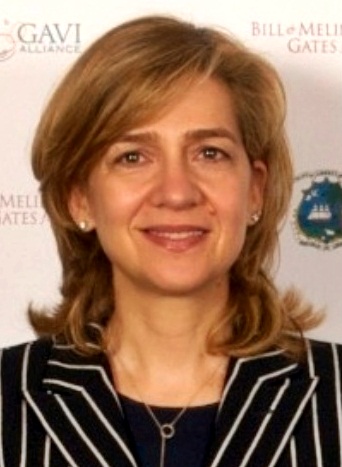 AEAT tax agency officials say they have submitted a report to a Spanish court proving, once and for all, that Princess Cristina , known in Spain as Infanta Cristina, is to be cleared of tax evasion charges.

The agency says the Spanish princess has not committed any crimes and did not attempt to evade paying her rightful tax amount.

The same report, however, was not as beneficial for Princess Cristina’s husband, Iñaki Urdangarin. In fact, AEAT went on to say, after their investigation, both Urdangarin, and his Nóos Institute business partner had Diego Torres had “without a doubt” been the only two people that had profited from illegally moving money from Nóos to other companies set up in their names.

It also looks like the men in this instance were the only crooked ones, as the same auditors didn’t find any evidence against Torres’ wife either.

As for Princess Cristina, once the AEAT report investigation was finished, it was also concluded her only involvement at the Nóos Institute was in using her name and high-profile as a spokesperson, and it’s highly unlikely she knew anything about any illegal activities.

You can read more about Princess Cristina being cleared of tax evasion charges at the English language version of El Pais.