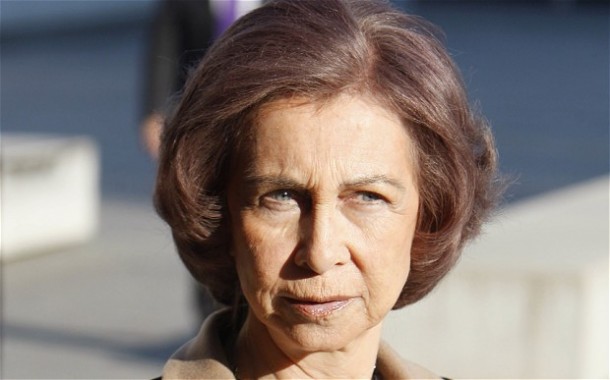 Spanish newspapers are reporting an embarrassing incident for Queen Sofia and the Prince and Princess of Asturias at the London 2012 Olympic Games last week. It seems, the Spanish Queen, Prince Felipe and Princess Letizia had decided to attend London 2012 on one particular day, primarily to visit Nico Garcia, the Spanish taekwondo champion who was competing for a gold medal. The Spanish royals wanted to wish him luck. So they headed to the Olympic area that was housing the journalists and special guests of the athletes. Upon arrival, though, the Spanish royals were denied entrance. By a British Olympic volunteer.

When Queen Sofia and Prince Felipe told him who they were, the volunteer replied he didn’t know that, they could be anybody and, if they didn’t have the right accreditation for that particular area, they were not allowed to enter. They didn’t, so they were made to wait outside.

The whole mess was eventually sorted out when Nico Garcia himself came out, and another volunteer allowed the royal party entrance. While he was being kept waiting, however, Prince Felipe  spent part of his time photographing the volunteer, as he must have thought that would feel like a ‘threat’ to the volunteer. The man, however, refused to be budged, and did exactly what he was trained to do. After all, anyone could walk up and say they were the Queen of Spain and demand admittance. No accreditation, no admittance. Simple really.

Plus, as Queen Sofia herself snubbed Britain’s Queen Elizabeth during her Diamond Jubilee celebrations in June, refusing to attend a luncheon because of the latest Spanish hysteria over Gibraltar, not being allowed admittance to a special guests only Olympics zone is just a nice bit of payback. Don’t you think?

Well, maybe not. In fact, it’s reported the Spanish Queen was actually looking forward to attending Queen Elizabeth’s celebrations as so many of her own distant relatives were there. But, 48 hours before she planned to leave for London, Queen Sofia was told she would not be going as the Spanish government of Mariano Rajoy (that idiot man!) believed it wasn’t appropriate due to the heightened tensions between Britain and Spain over Gibraltar.

Queen Sofia has had quite a trying few months in fact. You have to feel sorry for her.