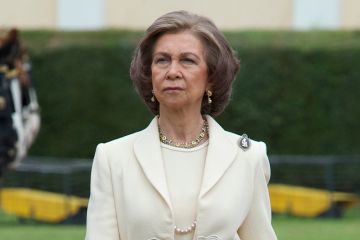 It seems, in Spain, even if you are Queen you are still told what to do by a jumped up brand new prime minister and, surprisingly, you do it. At least that is what happened to Spain’s Queen Sofia this week who, embarrassingly for Spain, has canceled her planned trip to London for a luncheon in celebration of Queen Elizabeth’s 60th anniversary on the throne just two days before the event.

Because new prime minister, Mariano Rajoy, told her to.

And why? Because Spain is currently back in a snit about Gibraltar being a British overseas territory and Rajoy thinks Queen Sofia should ‘get back at the British’ by not going. Odd, eh?

According to various Spanish news sources, the Rajoy administration contacted Zarzuela Palace and informed them Queen Sofia should cancel her London trip. Rajoy is apparently upset about Queen Elizabeth having the Gibraltar Military Band as part of her anniversary celebrations, miffed about Gibraltar still being a British territory, and angry the Duke and Duchess of Wessex will be visiting Gibraltar in June.

So, he decided that having a temper tantrum and refusing to allow Queen Sofia to go to London was the way to respond. Now how old is he? Twelve?

Funnily enough, he may not have got the reaction he expected as Buckingham Palace simply responded “No comment”.

After all, let’s face it, with hundreds of other attendees at Queen Elizabeth’s anniversary luncheon Queen Sofia won’t even be missed.

In fact, the only way she’d get much response out of her refusal to attend would be if she went off shooting elephants in Africa with her husband? Maybe then we’d all care.

You would also think Queen Sofia and Mariano Rajoy would have more important things to concern themselves with than a petty squabble over land Spain hasn’t owned for more than 300 years — errr…..the developed world’s highest unemployment rate and a collapsing economy, maybe?

Meanwhile, all she and Rajoy are doing is embarrassing Spain. What a pity.