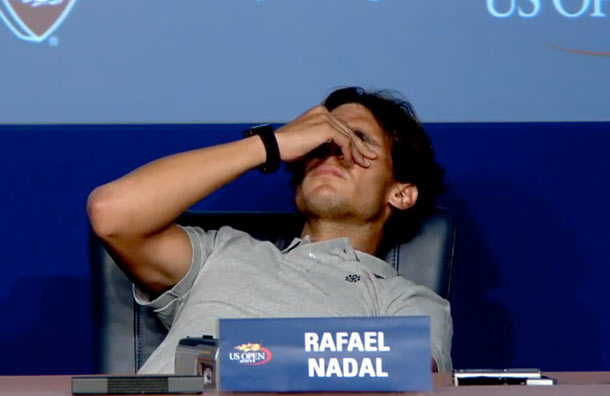 During a press conference for the US Open, Spanish tennis player Rafa Nadal suddenly suffered a leg cramp so bad he clutched his head, mumbled in pain then sunk to the floor. The press conference had to be cancelled.

Nadal re-appeared a little while later at a reconstituted press conference, looking a little shame-faced and said he was embarrassed about what had happened.

Really. No need to be. Most of us have experienced leg cramps before, and they’re one of the most painful things you’ll ever feel.

Rafa Nadal is now completely recovered and he’ll go on to play Luxembourg player, Gilles Muller, in the final sixteen.