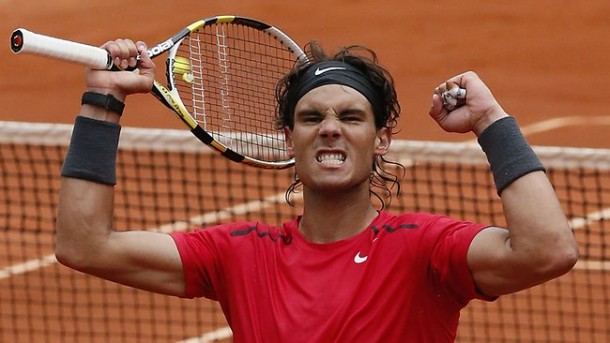 Good news for Spain today as Rafa Nadal not only won the French Open, beating the world’s number one player Novac Djokivic, but also became the first person ever to win seven Roland Garros tournaments. Not bad for a guy who’s barely in his mid-20s.

Rafa Nadal won the French Open today after play had to called off yesterday as torrential rains hit. Of course, if the French Open organizers hadn’t cow-towed to American TV stations and insisted play couldn’t begin until 3pm, the final could have been concluded yesterday, before the rain began. As it was scheduled to do.

Still….after his initial anger at the mismanagement of the French Open officials, who seemed to think the American TV audience was more important than the thousands of fans who had paid to come to the final, Nadal was ecstatic at his win.

The previous record holder for the most Roland Garros titles was Sweden’s Bjorn Borg, who won six.