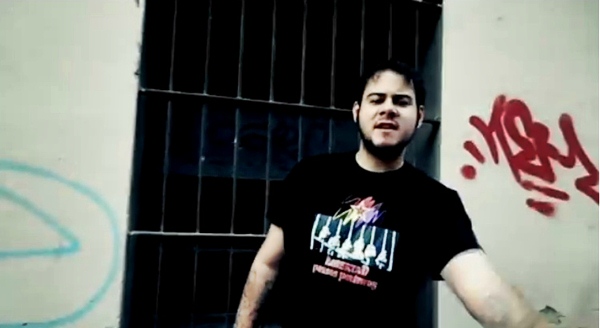 One thing I have always liked about Europe over America, is hate speech in Europe isn’t a form of ‘protected speech’ like it usually is in the US.

So it was no surprise today to hear Spanish rapper Pablo Hasel has been given a two-year prison sentence for posting videos on YouTube that, according to Spain’s High Court, included hate speech content. Hate speech that praised past terrorist attacks by international terrorist groups.

The videos Pablo Hasel was given a two-year prison sentence over were a series of rap music videos he uploaded to YouTube protesting against Spain’s ruling Popular Party, austerity and the treatment of those who aren’t in the upper echelons of Spanish society.

In his court case, Pablo Hasel himself tried to plead he was protected by free speech after he wrote and performed songs that asked terrorist groups like Al Qaeda, the Red Brigade, and Spain’s ETA and the Red Brigade to repeat terrorist attacks they had organized in past years against those people who are oppressing the poor, the sick and the weak.

Spanish judge, Justice Alfonso Guevara, however, said under a European Court of Human Rights decision, it had been already decided that supporting or praising terrorism can never be acceptable or ‘covered by freedom of speech’ and, thus, Hasel was sentenced to two years in prison.

There are, of course, two sides to the story and, frankly, in this case I prefer to believe Hasel’s.

While the Spanish High Court says Pablo Hasel is guilty of ‘glorifying and praising terrorism’, Hasel himself says he only wrote songs to express his anger at “those who throw families out on the street” and that they are the ones who should be punished. In his eyes, he’s protesting. In the Spanish authorities’ eyes, he’s a criminal.

You can read Pablo Hasel’s own words about the court case on X-Pressed and watch his videos on YouTube as, of course, being a website owned by an American company that believes in freedom of speech no matter what, the videos Spanish authorities decry in their court case against Pablo Hasel are still viewable by anyone.

Meanwhile, give a listen to one of Pablo Hasel’s songs below. Terrorism? I think not.