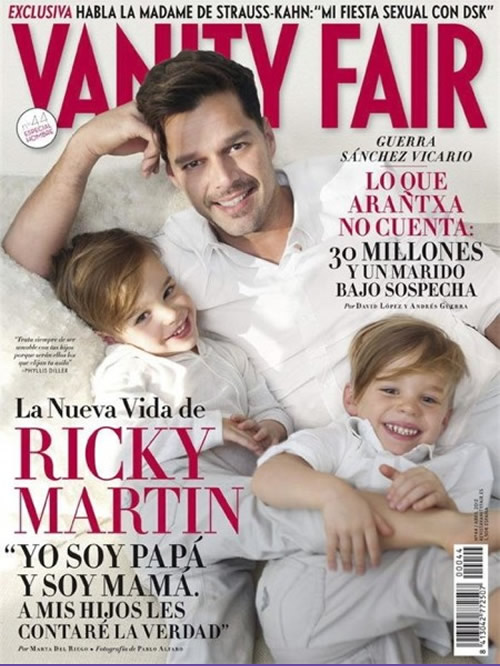 Ricky Martin, world-famous singer and new Spanish citizen, says he will stand with his community and defend gay marriage in Spain if the Spanish Constitutional Court overturns it. Martin was speaking in an interview in the latest issue of the Spanish edition of “Vanity Fair” magazine.

Martin has been a Spanish citizen since November, 2011.

Spain’s gay marriage law has been in effect since 2005, and is only the third such law in Europe.

When Ricky Martin took Spanish citizenship last year it was speculated at the time that he had done so to marry his boyfriend, financial analyst, Carlos González Abell in Spain.

However, the couple married a few months later in New York instead. The couple now live much of the year in Madrid with Martin’s twin sons Matteo and Valentino.