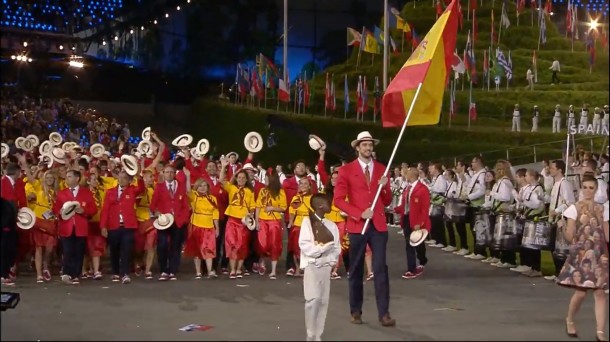 During the Opening Ceremony for the London 2012 Olympic Games, I couldn’t wait to see the Spanish Olympic team walk into the Olympic Ceremonies.

So, it was with absolutely dismay to see them striding into the arena wearing the tackiest, ugliest uniforms you’ve ever seen.

Bright red and yellow monstrosities, the women wore the most hideous parts of the entire disaster, with shiny red bouffy skirts and tight bright yellow tops, every single woman looked fatter than the average Spaniard and more like an impoverished peasant than a proud Olympic athlete.

Apparently, so awful were the men’s suits too, world-famous tennis start Rafael Nadal dropped out of carrying the Spanish flag as he didn’t want to wear the goddawful outfit.

So which Spanish designer created these atrocious outfits?

Um…..not a Spanish designer but a Russian company.

Apparently, during Spain’s worst financial crisis in more than 40 years, the Spanish Olympic Committee thought it made sense to allow a Russian company, Bosco, to design the Spanish Olympic team’s clothing, so they didn’t even bother giving a Spanish company or designer a chance to submit a proposal.

Boggles the mind, doesn’t it?

When asked why a Russian company was designing the clothing for Spain’s Olympic Team, the Spanish Olympic Committee said the proposal they gave them was “unbeatable”, as they volunteered to provide everything for free, along with 250,000 euros in sponsorship money. Pity they didn’t ask any Spanish companies if they would like to offer a similar proposal.

But, it has definitely backfired on the Spanish Olympic Committee, who the public are now blaming for making poor Spain’s Olympic Team look like the ‘poor relations’.

As Saúl Craviotto, Olympic canoeist said,  “They’re very ugly. They don’t have a Latin look at all – they look more like they’re from an Eastern European country,” which, let’s face it, they were.

Craviotto even posted a photo of himself on Twitter wearing the nasty outfit – you have to look just for the laugh.

Unfortunately for Spain too, the Spanish Olympic Committee signed a contract with Bosco through 2016 (let’s hope Bosco goes bankrupt before then), and so Spain’s 2016 Olympic team in Brazil will also be stuck with nasty outfits from a bad design company.

Poor Spain. It just never seems to get better for them.

Bosco, meanwhile, is hoping to open its stores in several cities in Spain. Personally,  I wouldn’t touch this Russian company’s clothing with a ten foot pole. Poorly designed, cheaply made and, for the Spanish, who are some of Europe’s best dressed people, clothing nobody is going to want to buy. 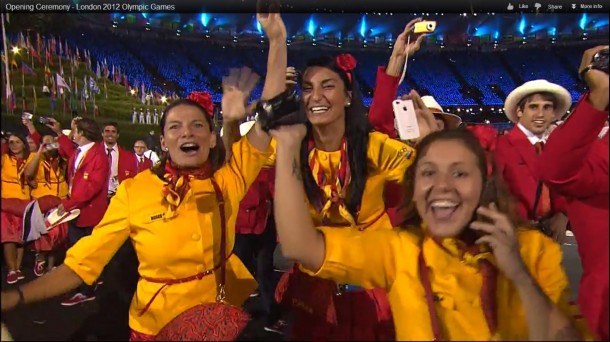 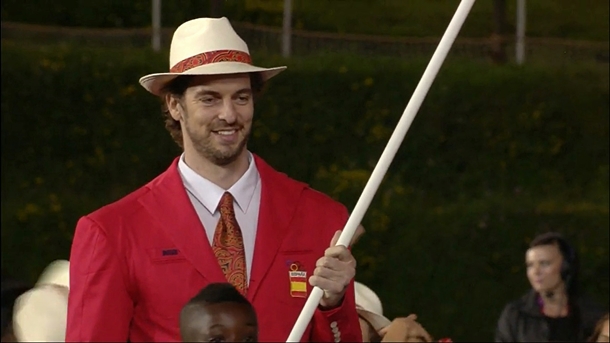