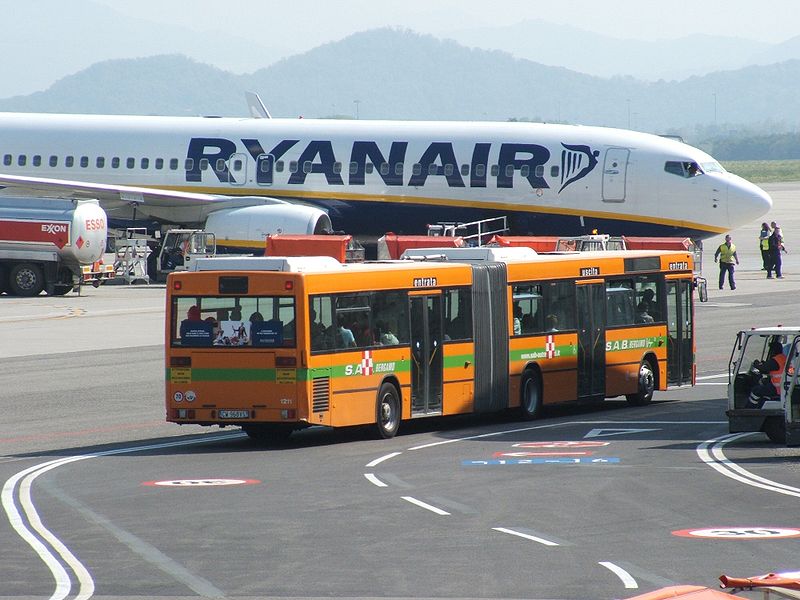 Every time we hear yet one more nasty thing Ryanair’s scumbag airline representatives say or do, we’re blown away that anyone would actually pay to fly this nasty airline. The latest Ryanair sleaze came from Deputy CEO, Michael Cawley, this week when he launched a verbal attack against Spanair saying they were “inefficient, high-cost and polluting”. He then went on to say they Spanish airline should be in receivership, and accused them of receiving “illegal funding”.

This from an airline that is so close to the line between legal and illegal themselves, one little push and it would plummet right off.

Cawley, in his vicious attack, claimed  the Catalan Government had regularly broken European rules on giving out state aid in  grants to Spanair. But, in usual Ryanair style, came up with no evidence to support his claim. After all, with Ryanair, just spouting off with their big mouths seems to be enough to get the job done.

All we can say is the Brits and the Irish must be hard up if they continue to give their hard-earned money to scumbags like Michael Cawley and Tony Ryan. They treat their customers like garbage, their disabled passengers even worse, go back on deals, mouth-off in the rudest manner possible, try to bully their way to get whatever they want, and think everybody owes them something.

It will be a cold day in hell before anyone at Seriously Spain ever flies on Ryanair. Seriously, why are you? Do you enjoy the abuse. Is that it?