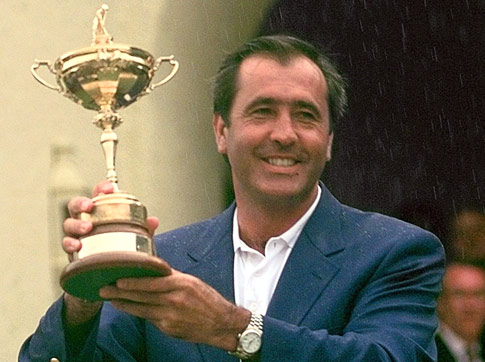 Sad news from northern Spain today. Spanish golfer Severiano Ballesteros has died at his family home after losing his battle with a brain tumor. Ballesteros’ family announced his death this morning, saying he died at 2:10 am Spanish time, surrounded by his family at his home in Pedrena.

Ballesteros’ cause of death was said to be respiratory problems. Ballesteros was adored in Spain for his amazing prowess in golf and for his likeable personality. He was known by many as golf’s greatest shot-maker and won 87 golfing titles worldwide.

Seve Ballesteros was diagnosed with a brain tumor in 2008. He underwent several operations and rounds of chemotherapy and, for over a year, seemed to be recovering.  He wasn’t often seen in public but, when he was, it was usually to help with raising money for various cancer charities. A brain tumour is often hard to beat though and, in recent months, Seve’s health began to deteriorate again.

An announcement hasn’t been made yet as to the date of Seve’s funeral, but it’s expected to be held in his home town of Pedrena.

How true that is.