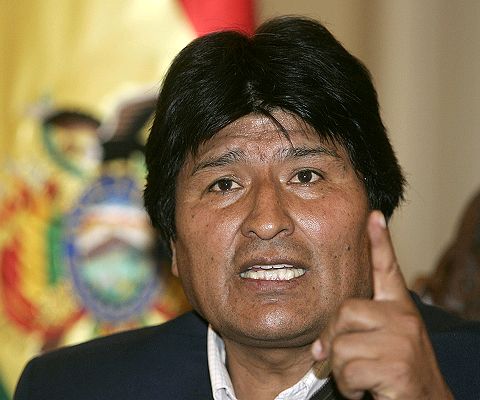 Spain gave Bolivian president, Evo Morales, airspace clearance in the Canary Islands to land for refueling yesterday after initial reports the day before said he had been told his presidential plane could not travel through Spanish air space nor land at a Spanish airport on his way back from a visit to Moscow.

Speculation at the time was Spain had bowed to pressure from the United States, who is desperate to get their hands on former CIA employee, Edward Snowden, currently holed up at Moscow’s airport while he tries to find a country that will give him asylum.

It was believed Spanish authorities thought Snowden may have been on the Bolivian president’s plane in a bid to gain political asylum in Bolivia.

Spain, however, did not come out well in the mess as it, France, Portugal and Italy seemed to bow to US pressure and all refused to allow Morale’s plane to land — clearly putting the life of the Bolivian president in danger if the plane was to run out of fuel.

While Spain denied they had disallowed Morales’ plane from landing, Portugal said it was a ‘technical difficulty’ that prevented them from allowing Morales’ plane to land at a Portuguese airport, and Italy and France said they had no knowledge of the Bolivian president’s plane being refused transit through French airspace.

Liar, liar, pants on fire. All of them.

Meanwhile, demonstrations outside Spanish, Italian, French and Portuguese embassies occurred in various cities around the world, but particularly in Latin American countries, most of which are outraged at the treatment Evo Morales received by these four European governments.

And all I can say is when did Spain become America’s poodle? Or is it just Mariano Rajoy?