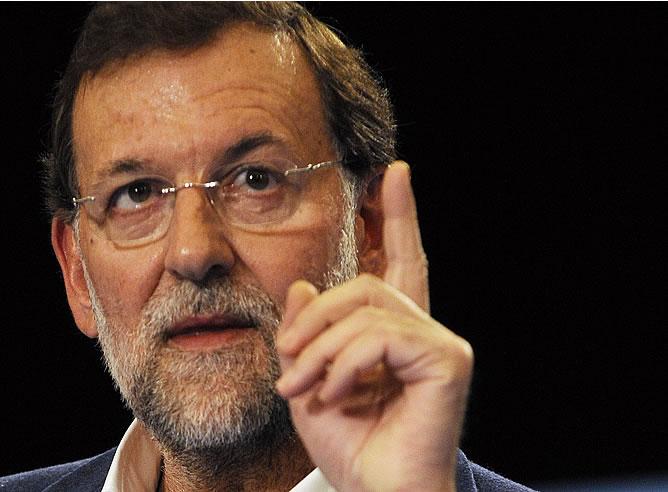 While you can understand Spaniards wanting to try someone new as prime minister of Spain, as unemployment rises, the debt crisis worsens, and Spain’s economy plummets, voting for Popular Party leader Mariano Rajoy is not the way to go. Rajoy, leader of the center-right Popular Party and the man winning in the polls so far, has promised a basket of austerity measures and reforms he says will get Spain out of the slump it’s in. Any economist worth his salt will tell you it won’t.

When a country’s economy is in crisis, like that of Spain’s is, the last thing a government should be doing is cutting spending and eliminating programs. As the EU keeps pushing struggling European countries like Greece, Portugal, Ireland and Spain to do this, study after study shows it’s simply not working. Nor is it likely to.

Mariano Rajoy, however, has vowed, if he’s elected, he’ll make cuts “everywhere”, except for pensions, so he can meet Spain’s target of cutting the public deficit to 4.4 percent of GDP in 2012, down from 9.3 percent in 2010. In an economy already struggling, with millions of people without jobs or money to spend to help boost the economy, how on earth making massive cuts in programs, and laying more people off is going to help, is anyone’s guess.

Prime Minister Jose Luis Rodriguez Zapatero’s government, in fact, has already enacted severe austerity measures. They cut public sector wages, froze pensions, and raised the retirement age by two years. The measures had little effect on Spain’s debt, and resulted in massive nationwide protests. Does Mariano Rajoy think his austerity measures will be greeted any differently? Of course they won’t.

But Spain is voting tomorrow and, if polls are correct, Spaniards are making the wrong choice and Mariano Rajoy could very soon be Spain’s new prime minister. Then let the program cuts, and ultimately the next round of protests, begin.