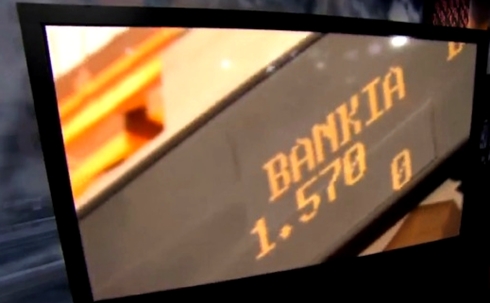 Spanish Prime Minister, Mariano Rajoy, has been saying for months that Spain will not need a bank bailout. So, imagine our surprise, (or not!) when we heard today’s news that, yes indeed, Spain is formally asking for an EU bank bailout. The Spanish government is currently asking for approval of 36.5 billion euros of bailout funds, including 2.5 billion euros for a “bad bank”, which will see the transfer of toxic assets from other Spanish banks to it in order to give the banks who took on the bad debts a chance to recover.

Of course, it was only a few months ago that Mariano Rajoy was adamant, Spain would not need a bank bailout. As we’ve said all along, Rajoy is out of his depth and has absolutely no idea what he’s doing. This completely expected bank bailout is just more proof.

What’s even more amazing, while there’s never any money for Spain’s elderly, sick, disabled or children, there’s always a way to get money for the banks — the entities that caused the massive European economic crisis in the first place.

Meanwhile, remember this video from last May reporting Rajoy insisting no bailout would be needed. Six months later — one of the largest bank bailouts ever for Spain.