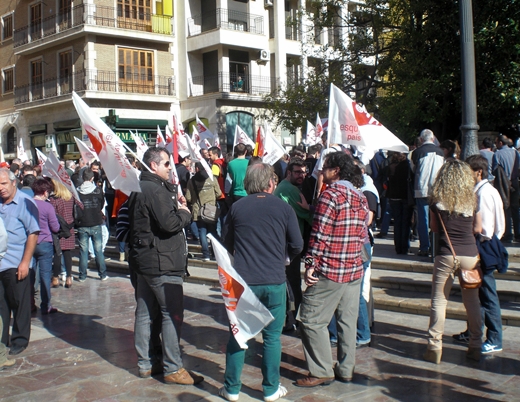 Spain’s jobless claims are now close to five million, with a record number (74,296) filing new unemployment claims in November — up more than 15,000 from the same month last year. The total number of people unemployed in Spain is now close to 6 million — more than 25 percent of Spain’s total workforce — with about a quarter of a million Spaniards either no longer eligible for unemployment or they just haven’t bothered to sign on. How sad is that!

Of course, Spain’s Labor Minister Fátima Báñez insisted “We’re working to turn it around”, but hasn’t Rajoy’s government been doing that for almost a year now with his ever increasing austerity measures, while the employment situation in Spain just gets worse and worse?

Hopefully, at least some currently unemployed Spaniards will get temporary jobs for the Christmas shopping season. If not, jobless claims for December, 2012 are likely to be even worse.