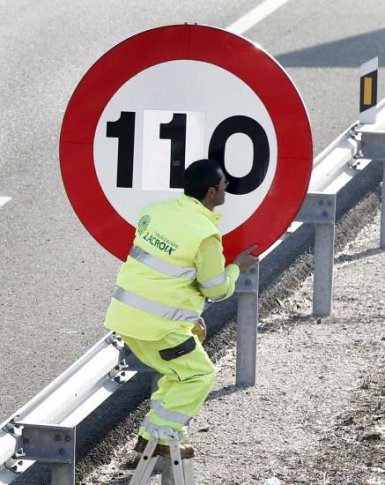 Beginning March 7th, Spain’s new energy saving speed limit will come into effect. With a new top speed of only 110 kilometers, Spain’s government hopes it will help the demand for petrol in Spain. Taxi drivers and others who rely on driving to make a living, however, are not happy as they say the speed they drive will have a big impact on how much money they’re able to make during one day.

Spain’s radar speed traps will also be adjusted down, so that anyone found traveling over the 110 kilometer speed limit will be ticketed. This new lower speed limit will be in effect for four months and possibly may be extended even further than that, depending on what happens in countries like Libya and Egypt and the rest of the Middle East and, consequently, the world’s oil supply.