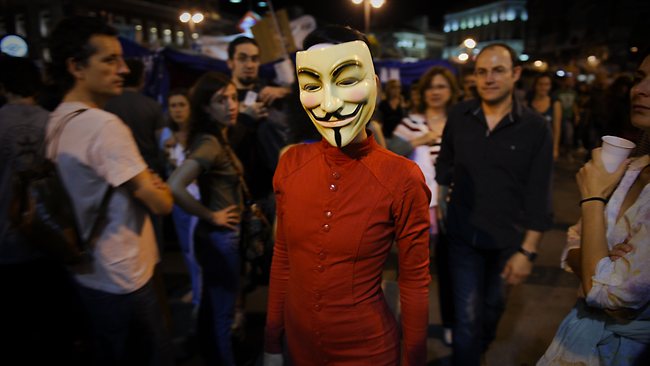 Massive demonstrations were held across Spain today as Spaniards came out in protest against the new conservative government’s latest labor reforms. 57 cities saw huge protests, including 500,000 people in Madrid (according to unions), 400,000 in Barcelona and hundreds of thousands more in Valencia, Murcia, Seville, Zaragoza and Alicante.

During the protests, some of the top organizers called for a general strike.

Protesters are demonstrating against the liberalization of the job market, with new rules put into effect by Rajoy’s government that will mean it is easier and cheaper for companies to fire workers. Why anyone would do this when Spain already has the largest number of unemployed in Europe boggles the mind, at least to millions of Spanish protesters. And to us, actually.

Then again, as we have been saying over and over again, our minds were boggled by the fact so many Spaniards voted for Mariano Rajoy in the first place. It was obvious he and his party would do everything to help companies and against any benefit for the people actually working in them. That it’s taken less than three months for Spaniards to find this out is more than a little sad.

Meanwhile, expect a general strike. Rajoy won’t go back on his commitment to companies, and it’s doubtful protesters will let him get away with it. So Spain could see a general strike as early as the next month.