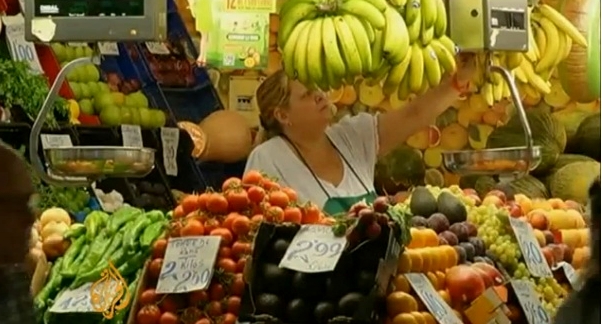 You have to wonder how long it will be before Spaniards get so angry with Prime Minister Mariano Rajoy and his austerity measures, which are clearly not working, before they kick him out?

The latest austerity measure to go into effect in Spain yesterday was a large rise in VAT, with VAT on food going up 2 percent and art institutions seeing a 13 percent increase in the amount of money that will have to be paid in taxes.

Spaniards, of course, are angry about the tax increases as this Aljazeera video shows.

After all, when your economy is dying, a quarter of the population is out of work and so has no money, and you institute a huge increase in VAT, where do you think that money is going to come from?

Not from most average Spaniards. They will just buy even less than they are doing now.

The new VAT increase in Spain is also just one more nail in Mariano Rajoy’s coffin. How many more before he is finally buried? Let’s hope, not too many. After all, the man really is not good at his job as is evidenced by the continually failing Spanish economy.