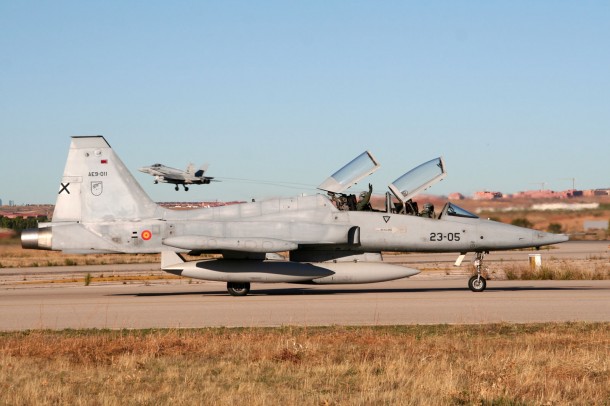 The pilot, Major Angel Alvarez Raigad, was the instructor in a Northrop F-5M Tiger plane that belonged to the 23rd wing of the Spanish Air Force.

The plane left the Talavera La Real Air Base on Friday for a basic training exercise but sometime during the flight an incident took place that caused the plane to eventually crash. The investigation has not been completed as yet, but Air Force officials say initial examination suggests there may have been an engine failure.

Major Raigad died in the crash and his trainee, Lieutenant Sergio Santamaria, was injured. He remains in serious condition at a nearby hospital.

Oddly though, neither the pilot nor the trainee attempted to eject from the plane. As the Northrop F-5M is fitted with ejector seats, there will also be an investigation by Spanish aviation authorities into why they were not deployed.