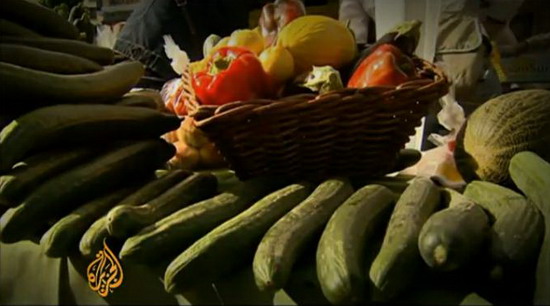 After Germany’s false accusation that Spanish produce is responsible for Europe’s E. Coli outbreak, Spanish farmers face new problems. This week they were forced to give away tons of fruit and vegetables to local residents. Fruit and vegetables they can no longer export or sell.

As Spain contemplates filing charges with the EU against Germany, unfortunately, that’s not likely to help Spanish farmers much. With Spain saying they’re losing over $300 million a week in produce sales, many of these farmers will likely not be in business by 2012.