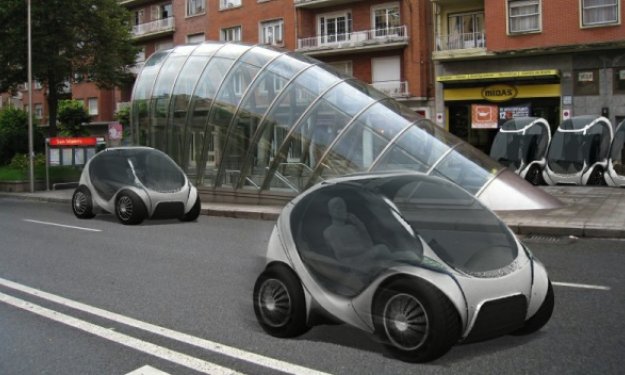 The  Spanish fold-up car, “Hiriko”, will be unveiled to the European Commissioner, Jose Manuel Barroso, next week  as part of a promotion before this teeny, tiny electric car hits European streets in 2013.

The car is called “Hiriko” after the Basque word for “urban”.

The idea of the car first began in the labs of MIT-Media in Boston. But instead of being made in the US, as is usually the case, the Hiriko has been developed by seven Basque companies and will be manufactured in Spain, and in cities in other European countries (if the demand is high). Thus creating jobs as well as a cool new car for the Spanish car market.

The  Hiriko can run 120 kilometers (75 miles) with just one charge, and has been designed to be a car that primarily just bops around town. The best thing about the Hiriko though is parking will be a breeze as, even if you can only find a two foot parking space, once you get out, the Hiriko will just fold up and slide itself in.

The developers think the Hiriko will probably be used as for-hire cars, just like bicycles are right now in many Spanish cities. Or, if individuals want to buy them, they’re planning on them being an affordable 12,500 euros.